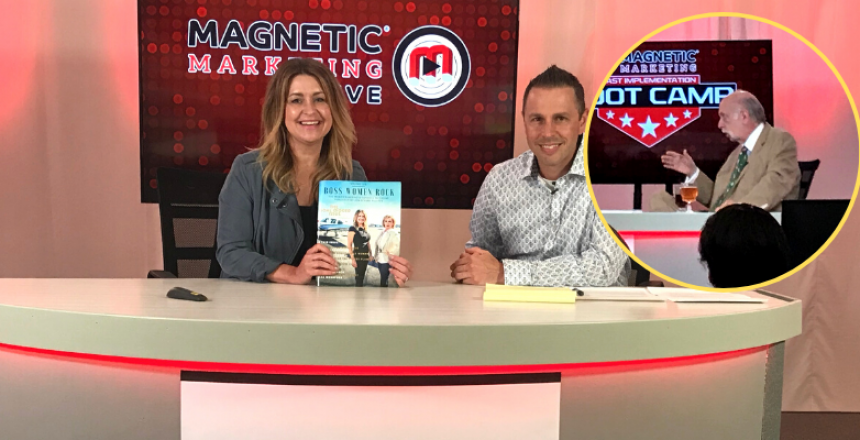 “You attract into your life what you desire and focus on.” This quote by Dan Kennedy became a real life manifestation for me on July 30 , 2020 when I stepped on stage at a Magnetic Marketing virtual seminar on magazine funnels as one of a handful of expert presenters on direct response marketing.

Before I get to that, let me set the background story…

In 2015, I was introduced to Dan and his NO BS style of marketing and business growth when I walked in the doors of one of his national conferences as an attendee. I must admit his gruff no-nonsense style was a bit intimidating to me at first. Dan isn’t as much concerned about your feelings and ideas as much as he is your results. He dishes out tough love instead of sugar coating what you need to hear. I’ve come to love and appreciate that about him and adopted some of his style as my own.

In 2017, at my second big conference for GKIC-NO BS Inner Circle, I started to picture myself on stage presenting my success to the community. It was a way to hold myself accountable for getting real results in my business.

Darin Spindler, the new face of Magnetic Marketing™ and my interviewer on stage this week, put it to me straight as we were reviewing show notes when he said, “I’m surprised by you. Dan has always said that women with hyphenated last names are usually repelled by him.” 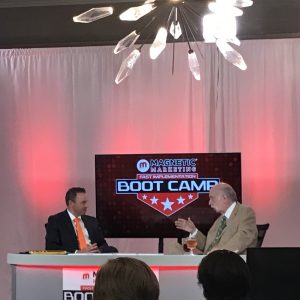 I almost laughed as I smiled wryly. I realize I’m not the prototypical woman in business since I am the champion of the “Boss Women Rock” mission and a conservative capitalist at the same time. I love going against the grain.

The reason I was asked to present to the Magnetic Marketing™ member community is because I’ve created a simple yet effective marketing system called “The Magazine Funnel” that helps service professionals build their authority and their email list at the same time so they can monetize faster and without the headache that comes with setting up the tech.

I first built the system for myself and after getting jaw dropping results, created a done-for-you system for clients. Businesses in a variety of different industries are dominating their competition and making the phone ring with my industry leading magazine funnel process now.

I call it Instant Media Mogul™.

Here’s why I created the magazine funnel:

You need to build authority, but your fortune is in your list. Instead of wasting $20K to publish a book on Amazon and relinquishing access to the buyer list, a magazine funnel accomplishes both goals at a fraction of the cost and in about 1/10 of the amount of time.

Here are some of my clients who have benefited from a magazine funnel:

Everything I preach, teach, and practice can be directly attributed to Dan Kennedy and what I’ve learned and implemented by being a student of Magnetic Marketing™. It was my great honor and privilege to share the stage with Dan.

Magnetic Marketing™ is a registered trademark of GKIC-NOBS Inner Circle. All rights reserved.

Menu
Menu
Is it time to open your hands, release control, an

The key to your success with marketing and selling

Over the last 3 years, I've been asked multiple ti